A cultural crossroads between Europe and Africa, Spain shaped and witnessed the rise and fall of many of history’s greatest empires. Their legacy shines across modern Spain within Moorish churches, ancient Greek fishing ports, Roman roads and wine terraces, cathedrals and palaces built from gold from the Americas and Arab tinted languages and foods.

Each of our tours tells a part of the story of how ancient and modern history has created a country with multiple regional identities, geographies and approaches to life. Pride in your identity (and a passion for the traditions that celebrate it) is the common thread that weaves the country together. In Spain, you’re never short of someone to tell you their story as long as you’re prepared to take your time and show a bit of interest in what they’re eating or drinking.

The great wines mainly come from northern Spain, a source of grand landscapes and magical cities, largely undiscovered by the modern traveller and yet stylish and welcoming to visitors. Come and discover its secrets with a glass in your hand. 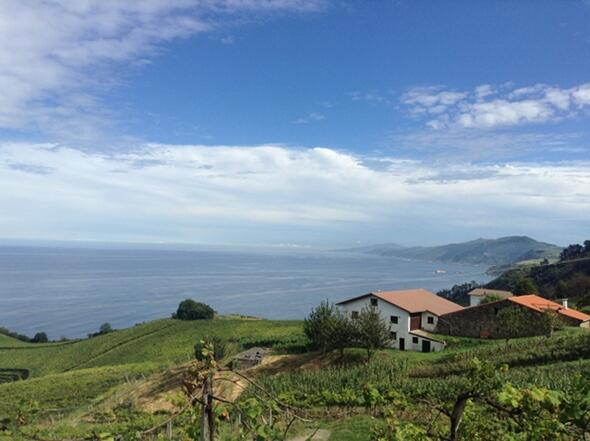 Spain has more land under vine than any other country and has a rich and varied wine history. Although winemaking probably started with the Greeks in Emporda (and the Phoenicians in the south), the Romans were the first to develop a systematic approach to winemaking. The widespread influence of French Dukes and monks in the middle ages developed some now serious wine regions (such as Ribera del Duero and Priorat) and the phylloxera led Bordeaux invasion of Rioja introduced top quality red wine making in the late 19th century.

Spain’s turbulent 20th history almost killed its wine industry in the latter days of Franco, before a total reinvention of Spanish wine after entry into the EU in the 1980s. Modern Spain showcases some magnificent and very food friendly wines that are typically very good value and demonstrate that ancient echo beside 21st century winemaking that makes for deeply contrasting styles and wineries.

Alongside the growth and dynamism of Spanish cuisine and a new international recognition of the quality and variety of Spanish gastronomy, Spanish wine has become much more widely recognised for delicious whites and soft red wines to accompany the classic Riojas, sherries and cavas.

With well over 70 DOs (denominaciones de origen, the Spanish designation of origin), Spain offers stunningly good value wines for all tastes. The deeper coloured and fuller bodied reds come from areas of higher altitude or proximity to the Med, like Priorat, Ribera del Duero, Toro and Jumilla. The softer reds are closer to the Atlantic in Rioja, Bierzo and Ribeira Sacra. Aged whites are a speciality in Rioja and the fortified wines of Jerez, lighter and more delicate whites are best known from Rueda, Rias Baixas and up and coming areas like Somontano, Bierzo and Penedes.

Spain’s smaller production sparkling wines, known mainly as cava, have real depth and character and it is notable how diverse the geography of the Spanish wine regions is. There are many beautiful and distinctive landscapes, often juxtaposing ancient buildings with dramatic modern ones.

Spanish food is dramatically regional, it’s extremely sociable and it is very versatile. Tapas culture manifests itself in elaborate gourmet pintxos in the Basque country, hearty but delicious seafood in Galicia, lip smackingly good ham, cheese and olives in Castile and the south and wonderful rice dishes, gamem, turron on the coast.

Above all, Spain relishes the dishes that are tied to a proud location, whether that be the octopus with paprika in Galicia, long aged txuleta steaks in the Basque country, baby suckling pig in Segovia, or little lamb chops in Rioja. These are just a few examples of why Spain is such a rewarding culinary destination, but the quality of the ingredients is top notch too. Spanish olive oils regularly win world’s best awards and the range and quality of cheeses is big surprise to many, as is the depth of flavour of the tomatoes, the white asparagus, the fish and the embutidos such as chorizo and lomo as well as of course the world’s best ham, acorn fed and melt in the mouth delicious.

Spain’s kitchen also has reinvented itself over recent years, prompted by the rise of molecular cuisine through El Bulli and its multiple successors often featuring at the very top of the world’s best restaurant lists. A few cities are centres for Michelin star cooking, notably San Sebastian, Bilbao, Madrid and Barcelona but the beauty of eating in Spain is the opportunity to eat magnificently in traditional restaurants one day and then stun yourself with ultra innovative favours and dishes the next.

Of course, the best part of all is that you have great wines to match the food and great food to match the wines. It’s no wonder the Spanish spend so much time talking about it.

The Spain of popular imagination conjures images of bullfights and flamenco dancers, whitewashed villages and dusty plains. Although fair reflections of modern Spain, they are no more so than the misty Celtic valleys of Galicia, the Alpine style landscapes and houses of the Basque mountains or the jawdropping hilltop castles and fortresses of Castile.

Spain has always been a cultural crossroads, so you’ll find Arab churches and magnificent mosques from the Moors, pristine Roman aqueducts, Greek colonies and French wine barrels along the roads. Money from the EU has made travel much easier on gleaming roads and fast trains, making it all the easier to appreciate the contrasts in geography and architecture across the peninsula. Few countries have landscapes that could be in Ireland (the Atlantic north) or north Africa (Andalucia), as well as deserts and dramatic coastline. The culture of the fiesta across the Spanish summer seeps as easily into this as the olive oil and tomato mixture into Catalan bread.

Football is a national obsession, no more so that via the perennial rivalry between probably the world’s 2 best teams in Real Madrid and Barcelona. Spain finally became world champions for the first time in 2010, triggering an outpouring of celebration and relief. Watching a game in a bar is always fun (and another excuse for tapas) and conversation inducing.

Above all though Spain’s culture is all about enjoying the everyday pleasures of life, meeting friends in a bar, dancing till dawn or enjoying the village fiesta with your family and local buddies. There are usually more opinions than people and it’s not often noisy and raucous but it’s always life in high definition and it’s always centred on having fun.